Chad Foote, a Senior NextGen Development Consultant at TempDev, is no newbie when it comes to the healthcare world. Since he was a teenager, he’s been combining his technical know-how with charisma and heart to bring a personal touch to the patient experience, both behind the scenes and at the forefront.

Driven by his natural inclination to help others, Chad Foote became a trained EMT (emergency medical technician) straight out of high school. While he excelled in the hands-on, direct patient care that being an EMT requires, his work there led him to discover something else about himself: a knack for learning new technologies. He was able to swiftly adopt the usage of electronic medical record (EMR) platforms employed by the team, and soon began dreaming up ways to improve them.

Equipped with a strong foundation in first-hand patient care, Chad began migrating from the clinical side towards the technology side—never losing sight of the empathy that drew him to the field in the first place.

When asked about what his work means to him, Chad brings up an unusual inspiration: a classical Victorian painting, entitled “The Doctor” by Luke Fildes.  When he looks at this famous scene of a physician peering down at a sick child, Chad is struck by the intense focus of the physician on his patient. 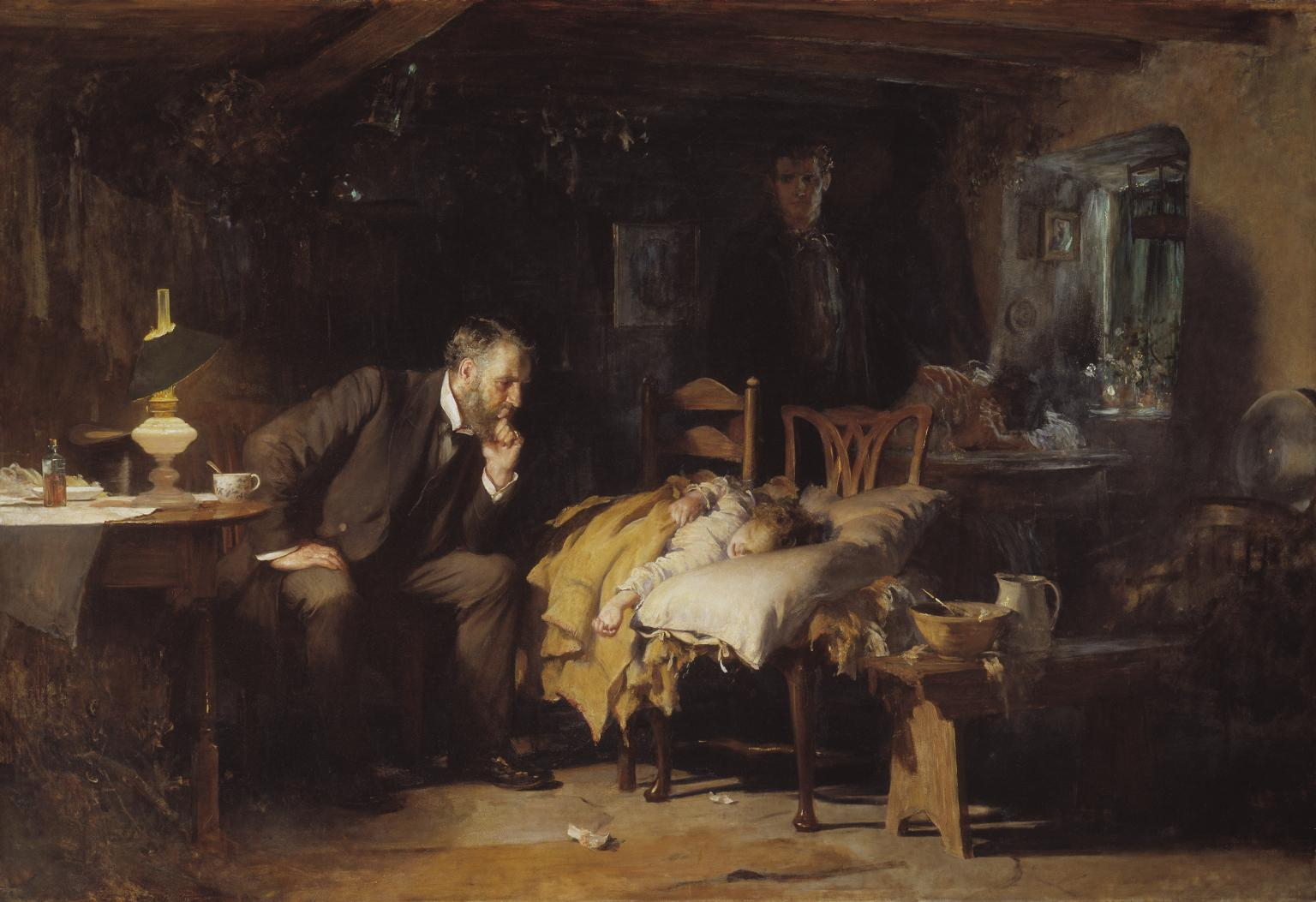 “If it were my kid in that painting, Chad says, “I know I’d much rather have my physician focusing on them rather than the computer, and I think in a way, it’s my job to help accomplish that goal through the software that I build every day.”

Although he’s a tech wizard by trade, Chad’s ultimate mission is to help clinicians spend less time behind their computers, and more time with their patients.

Chad believes that building streamlined, intuitive software solutions for healthcare workers frees up time for patients to be treated as individual people, not clicks that have to be logged in a computer.

“These providers are unfortunately so focused on checking the boxes that people become just numbers, not actual people,” Chad points out. “The doctor-patient relationship is a sacred relationship that we need to get back to, and I keep that in mind when I’m building projects for clients.”

With over 8 years of IT, infrastructure, and software development under his belt, Chad continues to be motivated by this guiding mission.

When his previous employer hired TempDev to provide some additional support, a light went off in Chad’s head. “TempDev had a lot of cool products they were offering at the time,” he remembers. “I thought to myself, man that just sounds like a cool place to work.” Convinced that he would make a valuable member of the team, Chad kept in touch until the stars aligned and he was hired.

Today, as a senior NextGen developer for TempDev, Chad Foote works on everything from data conversions, to practice mergers and acquisitions, version upgrades, custom NextGen templates, and NextGen Reports developed in Microsoft SSRS and Power BI. For Chad, variety is the spice of life. His wide-ranging, diverse set of projects and skills keeps him energized day-to-day.

“Besides the obvious benefit of working from home before it was cool to work, TempDev always has interesting clients and exciting projects. I hate being stagnant or slow. I do much better when I’m super focused, crazy busy, and have a lot of complex problems to solve.”

When one of history’s biggest healthcare challenges struck, Chad Foote was poised at the ready. He quickly applied his expertise to help create TempDev’s recent  NextGen COVID-19 Vaccine Template — one of his favorite projects to date. This template automates many of the traditional processes that physicians go through surrounding the vaccination process, making it quicker and easier in a time when swift, seamless vaccine distribution has never been more critical. Chad's mission when developing this template was to make documenting the vaccine quicker than administering the vaccine -- and he succeeded!

He loves working at TempDev because no two workdays are ever the same. “I could work one day on a Cardiology project and then work on something for Allergy and ENT the next day. There are so many different areas that you touch that there’s a much broader reach. I think it’s cool — overall you’re affecting so many more people at scale.

Another favorite project has been the development of many different Pediatric subspecialty template sets. When clients need very specific templates for their highly-specialized physicians, Chad is there to help, and ready to tackle any unique challenges that come along.

This is the type of work that keeps Chad excited to get to work every day. Of his process, Chad says, "It may sound simple because we’re just measuring the kid’s head and getting a percentile, but in terms of statistics, where do they come from? I had to go way back in time to get a z-table to get those percentiles.”

Chad can be counted on to digitize complex systems, and bring old pen and paper methodologies up to speed for the digital age. For one example, Chad was put to task on systematizing specialty exams done on premature infants:

“These types of tests are specific and detailed. Take the NICU Network Neurobehavioral Scale (NNNS) test for example. That test takes them 75 minutes in the hospital with premature infants, and they’re doing a ton of different things throughout the exam. I was able to take the test that they were doing on paper and build it into their system so that it included calculations and billing.” Changes like this can save huge time for healthcare administrators, and fulfill Chad’s mission of helping stakeholders spend more time on patient care, and less time fiddling with the computer.

When he’s off the clock, Chad’s interests skew much more analog. He’s happiest when working with his hands and spending time outdoors. He shares: “I like to do all kinds of stuff where I can work with my hands — work on a truck, cut the grass — I have an obsession with yard tools, and I probably have spent way too much of yard tools.”

His other favorite ongoing project? Being a Dad.

“I have three kids, so that pretty much sums up my free time.,” Chad laughs. “Joking aside, I like to be outside because for work I sit inside and work on the computer all day." Despite his love for being constantly busy, he’s a minimalist when it comes to his physical environment. The most important thing in his desk setup? Nothing.

“I can’t have any clutter when I’m working. If you look at my desk you see nothing but a keyboard, a mouse, and a whole bunch of monitors.”

Rounding out his fun facts, the most beautiful thing he's ever seen is his wife playing with their three amazing children. The most enjoyable trip he’s ever been on is seeing coral reefs while scuba diving in the Bahamas. His very first job was delivering furniture for a furniture store owned by some family friends. To this day, he’s still on speed dial for his friends and family any time they need a hand with a move. Friends know they can count on him for being dependable, personable, and resourceful, in both his professional and personal life.

Now that you’ve gotten a more personal sense of the type of people we have working behind the scenes here at TempDev, contact us to kickstart the process of getting your NextGen EHR & EPM up to speed.  Chad Foote and our other NextGen experts will be happy to help.

Agree with our point of view?
Become our client!

Please submit your business information and a TempDev representative will follow up with you within 24 hours.

Hello! I’m the assistant Twinkie.
If you want to know more about TempDev please fill in your contact information below.

We’ll make sure to reach back as quickly as possible.

Hello! I’m the assistant Twinkie. How can I help?